These Asian Markets Will Soon Have Lower Rates Than the Fed

The Federal Reserve is all but certain to raise its key rate by a quarter point this week, meaning it will then have a benchmark above that of five counterparts in the Asia-Pacific region excluding Japan. The latest to join the group will be New Zealand, whose policy rate will fall below the Fed’s for the first time since 2000. 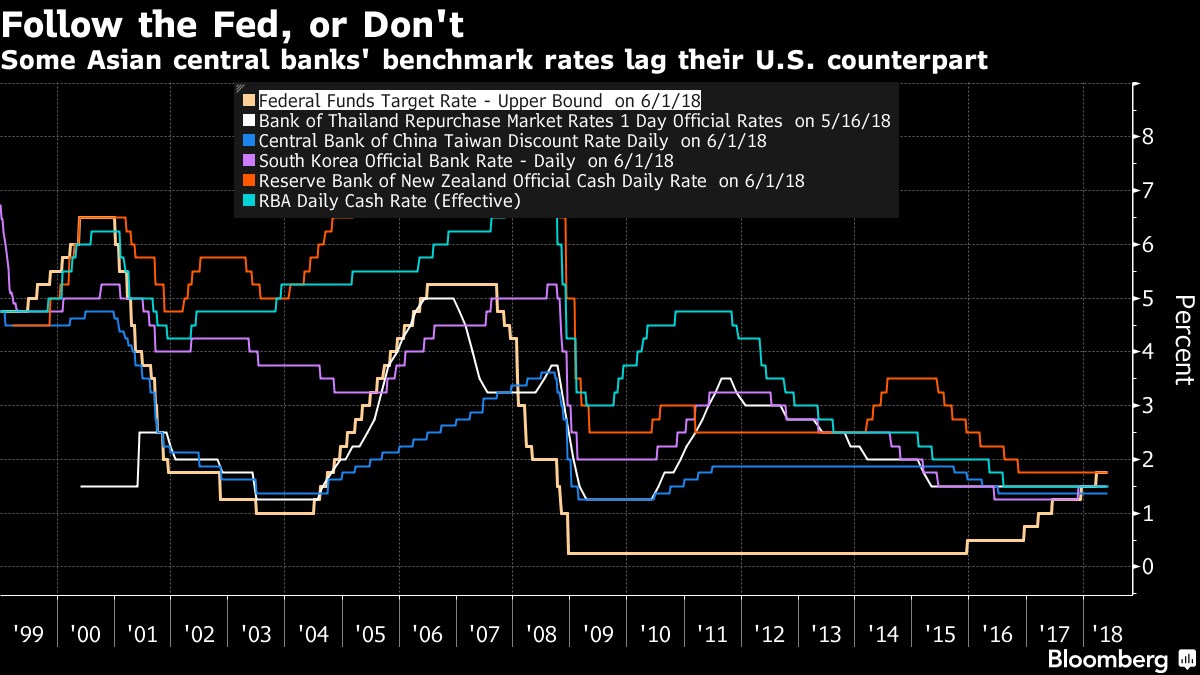 While Indonesia, India and the Philippines -- all with key rates much higher than the U.S. -- struggle to cope with the Fed’s tightening, investors remain comfortable with a negative differential in some cases. For Thailand and Taiwan, current account surpluses are a key buffer. For New Zealand, South Korea and Australia, real yields remain attractive.

Here’s a selection of views from economists and investors: